On September 4th, join the national day of action in solidarity with Afghan refugees - and all migrants. 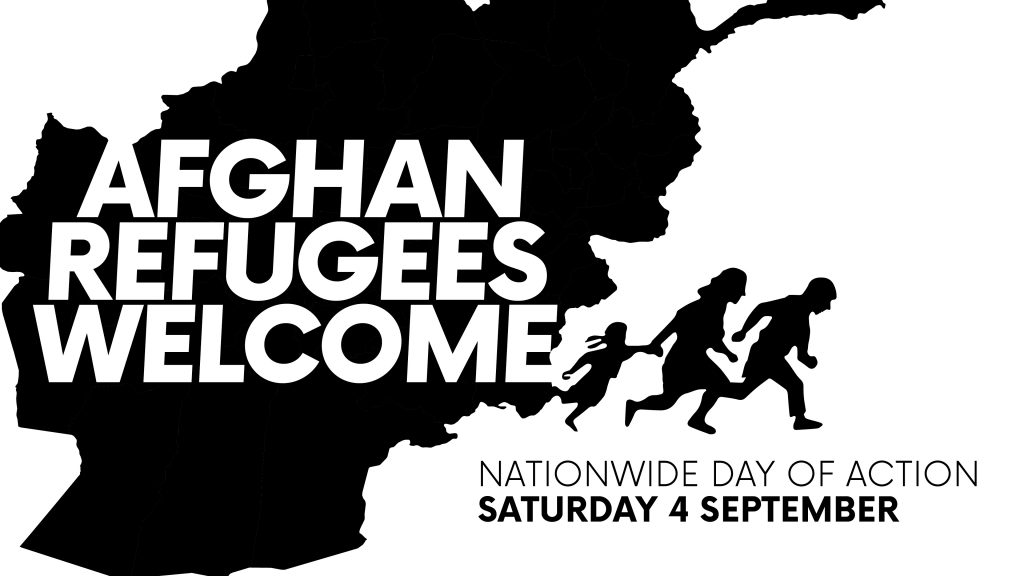 Download the leaflet for the day of action here.

Nationwide day of action. We demand:

If you want to get involved in organising, fill in this form.

We have all been shocked by the scenes emerging from Afghanistan in recent weeks. As the Taliban returned to Kabul, many thousands of Afghans have tried to flee, risking their lives – and that number will increase in the weeks and months to come.

The UK has a moral and legal duty to provide safe haven for refugees. Fleeing from persecution is an emergency, and it doesn’t happen in an orderly fashion. But rather than opening up to refugees, the UK government is introducing a new law that will make it almost impossible for many to claim asylum here.

It is a myth that western and European countries are taking in the most refugees: only a tiny minority ever reach Europe. This new law is just the latest part of the government’s anti-migrant agenda, which is about deregulating the economy after Brexit, and attacking workers’ rights and public services, while blaming foreigners for the consequences.

The Nationality and Borders Bill will mean that:

On Saturday 4th September, join the day of action. We will be organising stalls, protests and events across the country. If you want to get involved, fill in this form.