Another Europe’s strategy for 2021: open to amendment

Ahead of our annual conference on 12th December, our National Committee has agreed this draft strategy. It is open to amendment by any Another Europe member. 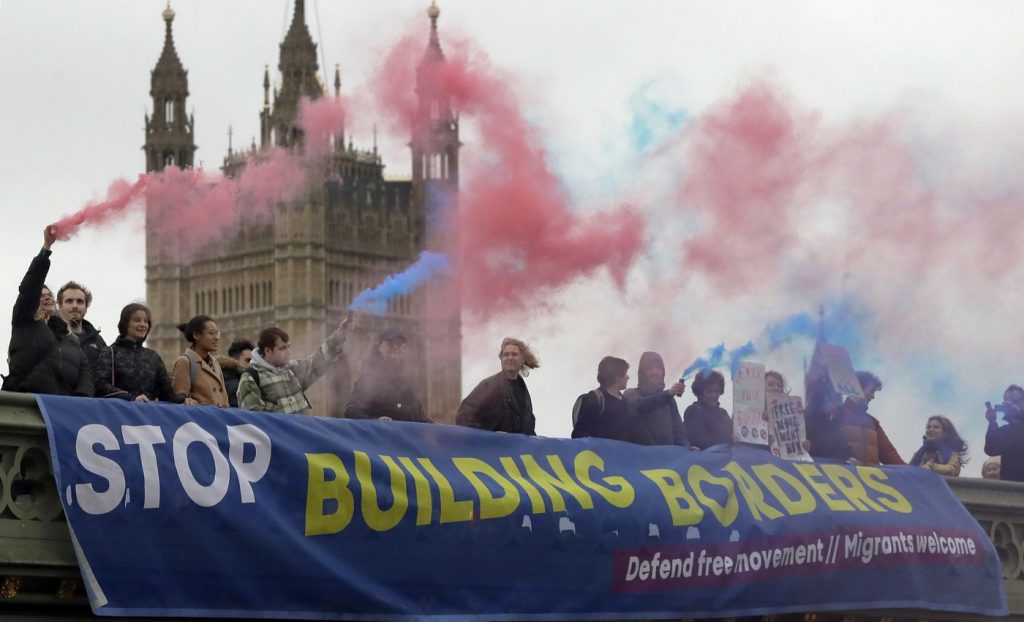 Ahead of our annual conference on 12th December, our National Committee has agreed this draft strategy. It is open to amendment by any Another Europe member.

If you are a member, you will have been sent a link to register for  the conference. You can submit amendments to this strategy at any time up until Monday 7th December at 23:59 by emailing them to info@anothereurope.org.

If you are not a member, you can join here for as little as £1 per month.

Another Europe is Possible

Strategy document for discussion and amendment

The UK’s departure from the European Union, on terms set by the nationalist right, will mean an attack on the rights and prosperity of ordinary people, including future generations. The dangers of the situation are numerous, and the attacks will come on every front.

The Tories Brexit agenda is not a policy but a project. It is anti-worker but not anti-state. It puts up new barriers to trade with Europe, but seeks deregulation and marketisation ‘at home’. It wants the state to spend big to support big business, especially in tech, is addicted to outsourcing and is disdainful of the public sector. This is pushing Britain towards a new, authoritarian, ‘crony capitalism’. As this becomes unpopular, the other aspects of the Tory agenda – the migrant bashing culture wars and ethnic nationalism – will become more and more important to sustain their political support.

The bare bones deal being negotiated between Brussels and London protects very little in terms of rights and protections, and the economic fallout of Brexit will also be grave. The double-whammy of Covid and Brexit will mean a huge loss to livelihoods. While rhetorically at least the government has broken with the language of austerity used by Cameron and Osborne, the reluctance of the Tories to raise taxes, coupled with the scale of the hit to public finances, mean they are unlikely to be able to resist their own tendencies in this direction. They also almost certainly attempt to further curtail trade union rights and civil liberties in order to make resistance harder.

Like most of the ‘new authoritarian’ regimes internationally, the Tories will mix Keynesian and neoliberal policies as it suits their interests and within their overall project of sustaining the cross-class bloc they have successfully built using Brexit nationalism. Nevertheless, we are entering a period of pronounced conflict over ‘who pays’ for the crisis: capital or labour.

Leaving the Customs Union means that the Conservative government will be able to negotiate trade deals – whether with the United States of America or with other countries with lower standards – which align us with less regulated economies, drastically reducing our food and environment standards and leading to an entrenched privatisation of the NHS. Leaving the Single Market will put a large number of workers’ rights, digital rights, and eighty percent of our environmental regulations, at risk. And ending free movement will constitute the biggest expansion of border controls in the UK’s recent history.

The constitutional situation will also become sharper. The government has already indicated its willingness to break international law and violate the Good Friday agreement. In Scotland, support for independence is growing, but is not matched by a willingness on the part of Westminster to allow a referendum to take place. The simmering, chronic crisis caused by the Westminster voting system – under which Boris Johnson won power despite a majority of electors voting for parties pledged to a public vote on Brexit – lingers in the background.

Brexit, as envisioned by the Tory Right, is the British franchise of a right wing resurgence that encompasses, to varying degrees of conscious alignment, Trump, Bolsonaro, Orban, Kaczyński, Le Pen, Salvini, Erdogan, Netanyahu, Modi, Alternativ für Deutschland, and others.

That project is setting sail just as its most important international ally is failing. The defeat of Donald Trump in November is a cause for celebration across the world, and makes the job of the UK government more difficult: it no longer has a factional ally in the White House.

We should not be complacent about the situation brought about by the election of Joe Biden, however. Realistically, a US-UK trade deal under Biden would also reflect the long-term interests of corporate America – even if aspects of his manifesto have drawn back from the total support for trade liberalisation of the Obama era.  The NHS and the rest of our regulatory framework will be on the table, even if the new administration is more likely to set down conditions regarding the Irish border and more likely to prioritise relations with the EU27.

More broadly, we must be sharply critical of the idea that things might now go ‘back to normal’, or that this would be a desirable outcome. The domination of politics in the western world by the neo-liberal elite and the interests of big business is exactly what gave the nationalist right their window of opportunity for projects like Brexit and the Trump presidency. A defeat for Trump in the presidential elections is a defeat of the symptoms of the crisis, but the far right will continue to grow unless we defeat both the deeper narratives of nationalism and the social conditions which drive them forward. The only way to do this is with a radical alternative.

Our long term goals, as laid out in our constitution, are:

Our immediate political goals are:

The balance of forces in parliament has shifted dramatically in the past twelve months. Except for a few technical votes, or matters on which Johnson might seek to break the law or jeopardise the constitution, it is very unlikely that we will make any progress at all simply by trying to win over MPs.

This situation calls for a fundamental shift in our theory of change: achieving our goals will be a matter of movement-building much more akin to the outlook of the left before 2015.

There are three broad planks to our strategy:

1. A push to stop the worst aspects of the Brexit agenda

Despite the shift in parliament, there are some aspects of the Tories’ agenda that we could seek to influence by running public campaigns aimed at pressuring MPs. We identify two such areas, and more may arise in the course of 2021:

With a change of government a way off (unless we can bring it down sooner) much of the hope for progress rests on the building of movements which are simply too big, or too disruptive, to ignore. Mass mobilisation can also capture the public imagination and shift the national debate on key issues which we are fighting on.  Examples of this include

3. Campaigning to shift the policy of the next government

The road to the next election is a long one, but it is important that we begin thinking about it now, and about the manifestos of the opposition parties. With many other parties already committed to our goals, much of our emphasis here must be on Labour. The key aspects of this are:

The British left is often painfully parochial – especially in relation to Europe. We are often more American in our political interests than we are European. Another Europe swims against the stream here: we have a special role to play as an internationally orientated group. There is also an audience for our projects internationally – with our Zoom events and podcasts having high participation. We need to build on and deepen our international solidarity work.

The methods available to us are the usual ones, even though our ability to deploy them has been substantially reduced by Covid: lobbying, digital actions, protests, mass meetings, direct action and so on.

The campaigns and projects likely to be useful in pursuing our strategy in the coming year are:

Section Five: Our role and alliances

The “anti-Brexit” aspect of our role is no longer as literal as it once was – not because we have given up on the UK ever getting back into the EU, but because such a project would be a much longer term one. Nonetheless, Brexit is not “over”. It is only just getting started, and the political questions raised by it – on migrants’ rights, the need to combat right wing nationalism, the need for an international strategy for the left, and so on – are only going to get sharper.

The fact that Brexit has been settled for the foreseeable future means that there is now renewed opportunity for us to play a role in putting forward a vision of what the UK might look like after it, and in uniting the left around that vision. We will look to work with anyone and everyone who supports our aims, including those who took a different view to us on the question of Brexit or a second referendum.

Our role as the left wing of the anti-Brexit movement is evolving rapidly and also presents an opportunity to shape its successor projects. The relative inactivity of the pro-European movement since the 2019 general election does not change the fact that hundreds of thousands, if not millions, of people have been politicised by it in the past few years, many of them on a broadly progressive (if not ‘left’) basis. Whereas many of the more establishment groups have evaporated or fallen into silence, we are still going strong and continue to fight for the politics and values which drove our opposition to Brexit, and this means that we can play a major role in shaping what comes next. Using our platform within the anti-Brexit movement, we will seek to engage and mobilise its mass base. We will also not shrink from continuing to make the case that Brexit is a mistake, and point out that a majority of the population does not in fact want it.

When it comes to internationalism, our role has never been more important. We will fight against the continuing and deepening parochialism of UK politics, including of its left and progressive political forces. All over Europe, huge events and movements are taking place, and though we are no longer formally attached to the EU, these events are likely to shape the development of politics here. Our emphasis will be on giving a platform and a voice to the movements taking place, for instance Strajk Kobiet in Poland and the opposition in Belarus; undertaking practical solidarity and mobilisation for them; and building lasting links between the UK left and its international counterparts.