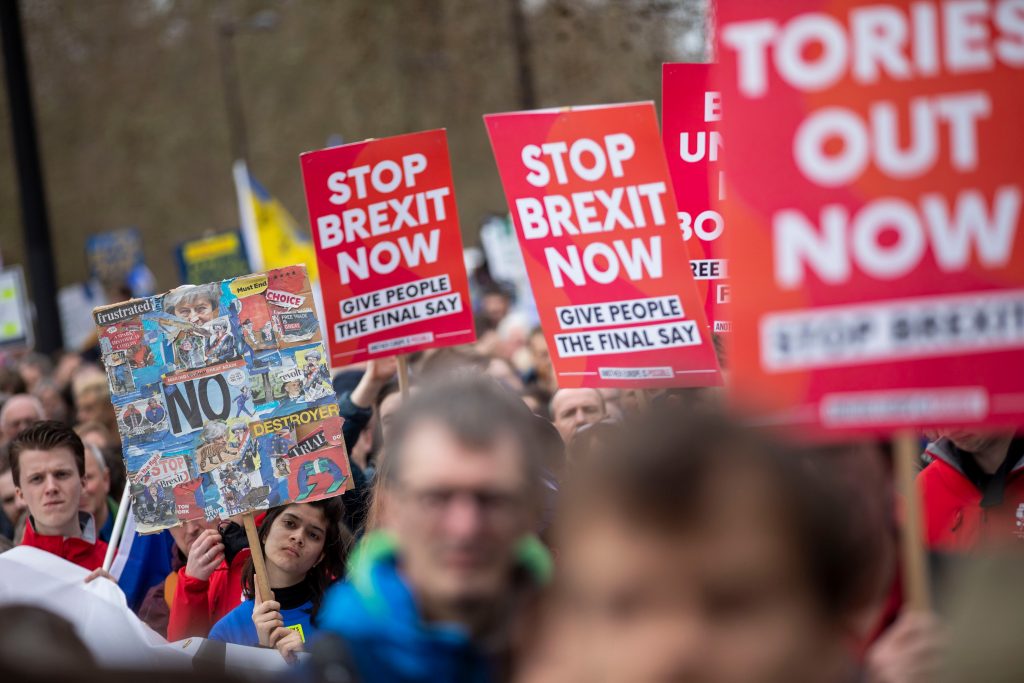 This Brexit composite will go to a vote on Monday afternoon. (There may be a couple of minor typographical errors).

It is proposed by more than 50 CLPs. Another Composite, which is backed by just eight CLPs, will be also be voted on – it praises the leadership but does not put forward any particular position on Brexit.

The real division in society is not between those who voted Leave and Remain, but between the many and the few. Brexit is poisoning politics and stopping us from addressing the issues that matter to people. We need a general election to deliver a radical Labour government.

The Conservative Party and the Brexit Party are determined to rip the UK out of the EU on October 31, deal or no deal. Their agenda is part of a right-wing nationalist exploitation of global economic and social crisis.

Investment in the UK has plummeted. Manufacturing orders are down to their lowest since the financial crisis a decade ago. The cost of living is already higher than in 2016. Public services are threatened. Working people are already paying the price for the Tories’ Brexit failure.

The Tories want to undermine our rights and living standards. They are desperate to create a low tax, low regulation, low rights economy which will benefit the richest 1%.

The Tories’ plans for Brexit threaten jobs, workers’ rights, migrants, the NHS, public services and the environment, and would make it harder for us to deliver a radical manifesto.

If Britain leaves the EU, Brexit does not end. We face years more of negotiations and neoliberal trade deals.

All economic assessments show that the best deal we have is our current deal as a member of the EU.

If we were to leave, the so-called backstop is a vital insurance policy ensuring no hard border in Ireland unless and until the principles of the Good Friday Agreement are provided for in any future UK-EU relationship.

The only way to resolve Brexit is through a confirmatory referendum with an option to Remain in the EU against a credible Leave option, and calls upon the PLP to propose or support any motion in parliament for this.

Labour must reflect the overwhelming view of its members and votes, who want to stay in the EU. Labour will therefore campaign energetically for a public vote and to stay in the EU in that referendum, while recognising the rights of those members who want to argue another view.

In government, Labour will address the reasons people voted Leave. We will attack poverty, insecurity and inequality; rebuild communities with public investment and ownership; boost wages and union rights; and combat the climate crisis. We will defend free movement and extend migrants’ rights.

Labour will build cross-border alliances to transform Europe with socialist policies, starting with a Green New Deal, levelling up of wages and rights, and ending Fortress Europe. Labour will convene an international conference of left parties, unions and social movements to coordinate this struggle.