Most CLPs submitting Brexit motions have used the draft backed by left wing groups Another Europe is Possible and Labour for a People’s Vote. As well as calling for a general election and a fresh Brexit referendum, the motion also calls on Labour to “form a radical government – taxing the rich to fund better public services, expanding common ownership, abolishing anti-union laws and engaging in massive public investment.”

With all major unions having shifted their position earlier in September at TUC Congress, there is now a consensus that a People’s Vote should be on the table as a last resort if no general election can be achieved; unions have 50% of the vote at Labour conference. The debate at Labour conference is therefore likely to hinge on what Labour should put in its manifesto if it can get a general election between now and March 2019.

Labour members have already put forward a clear answer to this question in the motions submitted to conference – that Labour’s manifesto should contain a commitment to a public vote on the deal.

Michael Chessum, national organiser for Another Europe is Possible, said:
“If we don’t have manifesto commitment for a fresh referendum, we will end up going into an autumn election either promising a ‘bespoke Labour Brexit’ which we have no time to negotiate, or offering a Norway-style deal which is straightforwardly worse than EU membership and will leave Corbyn with no seat at the European table. Of all the options, soft Brexit is the least popular with the electorate.”

Alena Ivanova, an activist based in east London who started the 6,000-strong anti-Brexit petition of Momentum members, said:
“Until now, there has been this false idea that the division is between those who want a referendum and those who want a general election. That’s completely wrong, because the push for a referendum is clearly being led by left wing activists, who want to see Corbyn walk into Number 10 and have fought for it. We all want a general election, but the issue is what will go in our manifesto about Brexit?”

ENDS
NOTES
1. For more information please ring Michael on 07964791663 or email michael@anothereurope.org
2. The majority of anti-Brexit motions to Labour conference are versions of those drafted by keft wing groups Labour for a People’s Vote and Another Europe is Possible. Their motion can be viewed here: https://labourpeoplesvote.org/clp-motion/ .
3. The position of the TUC, which was backed by all major unions at its Congress, is here: https://www.tuc.org.uk/news/general-council-statement-brexit
4. The Remain Labour motion can be backed here: https://www.remain-labour.co.uk/contact-us
5. Labour Party conference will take place in Liverpool between the 22nd and 26th of September.
6. Delegates to conference will vote for 8 areas to be prioritised at party conference. For Brexit to be voted on, delegates (from either unions or CLPs) will have to voted for it in the Priorities Ballot.
7. The accurate number and breakdown of CLPs that have passed an anti-Brexit motion will not be known fully until the motions have been sifted by Party staff. Stay tuned.
8. For coverage of Momentum’s position and consultation, please see here: https://labourlist.org/2018/09/momentum-to-take-no-position-on-brexit-at-labour-conference/ 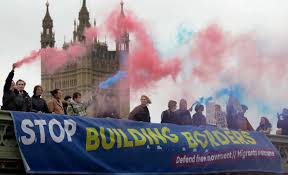 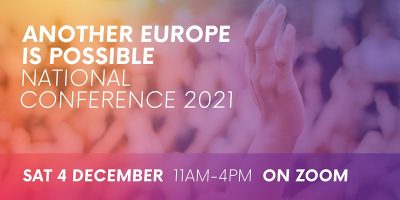