Is the EU’s pursuit of TTIP reason enough to leave?

Friends of the Earth will be campaigning for the UK to stay in the EU. However, policies such as TTIP, events in Greece, and the deregulation agenda being pushed by the current EU Commission are rightly leading formerly staunch EU advocates to question their position.

There is, admittedly, a temptation for campaign groups to reach for the torch and pitchfork the instant an institution or person doesn’t live up to our often lofty expectations. But, before we burn the UK’s relationship with the EU to the ground in retribution for TTIP it is important to interrogate what exactly it is we fear this trade deal will do, and ask whether leaving the EU is indeed a legitimate solution.

We are worried that TTIP will further shackle us to high carbon dirty energy and actively disincentivise future government regulatory action on health, climate and the environment while further amplifying deregulatory pressures on existing rules and standards.

So, would leaving the EU shield us from TTIP and its associated issues?

No. Our own government is very much a driver of the push for deregulation in Europe, and left to its own devices and tasked with replacing (or not) UK regulation formerly made at the EU level it would likely settle on standards far lower than anything TTIP could dredge up. Indeed, this is something many of the outers explicitly pray Brexit will achieve.

If you’re really itching to burn something to the ground, it might be better to start a little closer to home.

The foundations have already been laid. Witness the little heard of one in two out policy currently implemented by the UK government. It states that when policymakers do need to introduce a new regulation, and where there is a perceived cost to complying with that regulation, they have to remove or modify an existing regulation with double the cost to business. (Un)Surprisingly, little to no consideration is given to the benefit a regulation may have to society and the economy.

The UK has been attempting to export this approach to the EU, but thankfully has had little success. (European legislators, rightly, think the policy is ludicrous.)

But what about ISDS?

One of the most incendiary aspects of TTIP has been the so called ISDS clause, or in activist speak: the bit that allows a multinational company to sue a government in secretive corporate courts if said government decides to pass a law that the company thinks will undermine its ability to profit. A classic example of this is Philip Morris using ISDS (in a different trade agreement) to sue Australia for passing plain packaged cigarette legislation.

Now let’s be clear about one thing, the UK government absolutely loves ISDS and have included it in all recently signed trade deals. No matter that when they commissioned research on it the study found that the inclusion of ISDS in an EU trade deal with the US would likely cause economic harm to the UK. No matter that there is absolutely zero evidence substantiating claims that ISDS leads to increased inward foreign investment.

The UK government loves it to the extent that our former Trade Minister wrote to the EU Trade Commissioner, Cecilia Malmström, earlier this year demanding its inclusion in TTIP after public pressure had seemingly caused her to have second thoughts.

While leaving the EU might cause the ISDS issue to go away for a little while, let’s not pretend it would be anything other than a temporary fix.

The UK and TTIP

As with ISDS, one of the biggest advocates of TTIP in the EU is … wait for it … the UK! We even use our foreign embassies as glorified PR agencies, running competitions as a means of promoting TTIP around Europe. The UK embassy in Denmark recently ran a TTIP quiz “to highlight the importance of securing an ambitious agreement” with the winner getting a weekend trip for two to London with British Airways (for real). If we left the EU, it is highly probable that we would negotiate an equivalent deal with the US eventually. (Although let’s be clear, as relative small fry, it wouldn’t exactly be top of the US trade agenda.)

Then there’s also the thing that we would still be subject to much of European law – and thus much of TTIP – if the UK wants to maintain unrestricted access to the single market. But as is the case with Norway, Iceland and Liechtenstein, we would have zero opportunity to shape it.

The fact that the UK domestic deregulatory agenda is gradually transposing itself onto the rest of Europe is a domestic failure, and a failure of the progressive UK movement to translate a positive environmental message into robust political outcomes and solutions. If we are to tackle the true global issues, such as climate change, it is not enough to plough a lone furrow. Indeed, if we want to stop TTIP, we can only do it as part of the EU, as part of a Europe-wide movement.

Brussels-based friends sometimes joke that a Brexit would be a net positive for the environment of every other EU member state. And you know what, maybe they’re right. But TTIP or no TTIP, it is difficult to argue it would be anything other than terrible for ours.

This article was first published at Friends of the Earth.

A remain and reform policy is the best way to address the contemporary democracy deficit, writes Mary Kaldor. Read more »

Labour and Brexit: a ‘sensible’ deal?

Now is the moment to abandon the soft Brexit position and come out for remain and reform, argues Mary Kaldor. Read more » 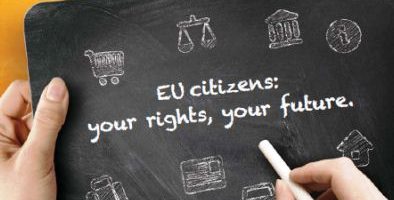