Following Labour conference 2019, here is Another Europe’s motion for local Labour parties. If you’re in Labour, propose it at your CLP.

Unite to stop Brexit and win a radical Labour government

We welcome Labour’s firm commitment to a public vote on Brexit with an option to Remain. Following a motion passed by Labour conference, our position in that public vote will be decided by delegates at a special one-day conference after any general election.

Any form of Brexit would be a victory for the nationalist right. It would threaten jobs, workers’ rights, migrants, the NHS, public services and the environment. Brexit does not end if we leave the EU – we would face years of negotiations and neoliberal trade deals.

Only Labour has a clear offer to both Leave and Remain voters: only a radical Labour government can attack poverty and inequality, rebuild our communities and public services, boost wages and union rights, and tackle the climate crisis. Brexit would make it harder to deliver on a radical manifesto.

A Labour government inside the EU could build cross-border alliances to push for socialist policies, starting with a Green New Deal and levelling up wages and rights. We welcome the adoption by party conference of a progressive immigration policy, including support for free movement and giving the vote to all migrants.

In Scotland, Wales and Northern Ireland, Labour is already committed to campaigning for Remain. At the special conference, we believe the whole Labour Party should unite behind a radical campaign to stay in the EU and transform Britain and Europe. 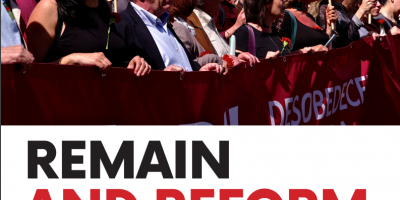 New report: Portugal shows that left wing governments can win inside the EU

A new report authored by Hilary Wainwright, a leading left wing academic and writer, has found that Portugal’s socialist government has had major success in delivering a radical anti-austerity manifesto within the EU. Read more » 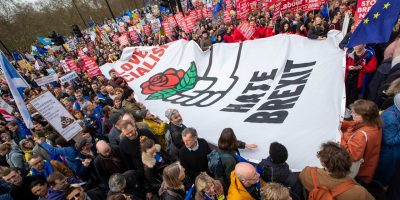 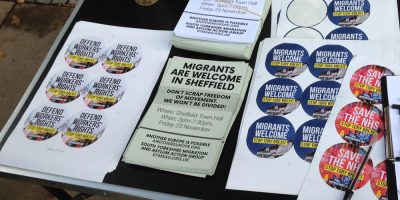