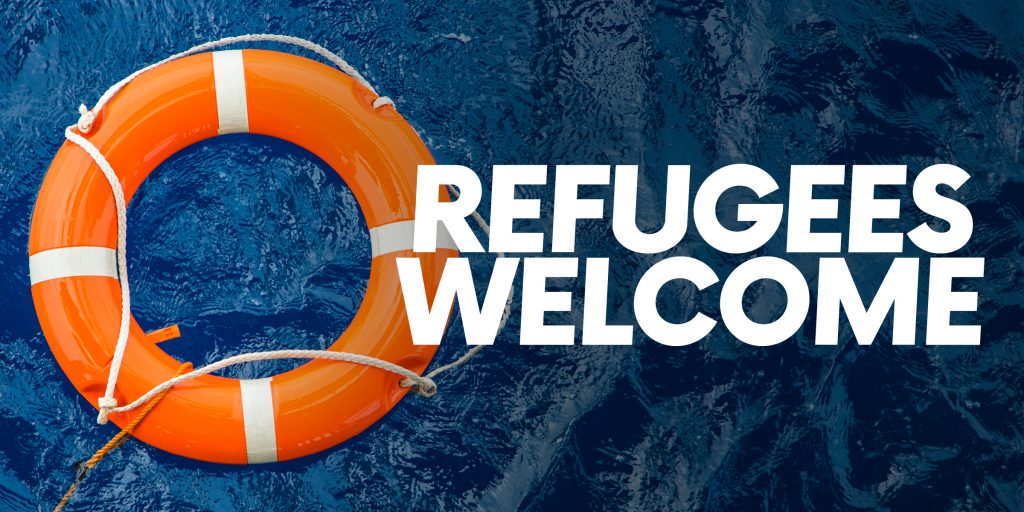 Around the globe, millions of people are on the move, fleeing war, persecution and the accelerating climate crisis. It’s likely that in our lifetime, you and I will personally know a climate refugee.

But for too long governments, including the UK and across Europe, have enforced brutal border regimes to keep migrants out. We face a constant barrage of racism about migrants from politicians and media alike, while our own government policies have deepened the climate crisis and fomented violence and instability in the Global South.

But we can change this narrative. From the many ordinary people expressing solidarity with Afghan refugees and welcoming them into their homes, to the activists taking rescue boats out into the Mediterranean and the Channel, an international movement to welcome migrants exists.

It’s a fundamental human right to be able to live in safety, to move freely, and to be united with loved ones. We’re launching a campaign to:

• Fight the Nationality and Borders Bill – which further criminalises refugees and makes it almost impossible for many fleeing war and persecution to apply for asylum.

• Dismantle ‘Fortress Europe’ – migration is a human rights issue, not a matter of ‘security’. Build a movement demanding open borders across the continent, and promoting internationalism and solidarity.

• Protest – organise Refugees Welcome days of action across the country.

Come to the protest

Join the Kill the racist Nationality and Borders Bill on Monday 21 February 2022 from 17:30-19:30 in Parliament Square, London

Write to your MP

Use our quick tool to send a message to your MP now. Tell your MP: act now for Afghan refugees