“This is the most wide ranging power grab by an executive in Britain’s peacetime history.” The government has today released the European Union (Withdrawal) Bill (formerly the Great Repeal Bill), after months of stalling. You can read it here.

This is the legislation that moves EU law into British law, but we warned from the outset that this was not all the Great Repeal Bill was intended to do.  We warned that it would hand over sweeping powers to government ministers, giving them the power to undermine rights, freedoms and the democratic process. You can read our full report here.

Now it’s been released, we can confirm that all of our suspicions were correct.

First, some good news. The government has accepted the demand, raised by us and other campaigners, that there should be ‘sunset clauses’ in the legislation. This means that the government will not be able to use its special powers to change the law after two years, placing some kind of limit on how bad things could get.

That’s all the good news, basically.

The Bill protects the Human Rights Act and the European Convention on Human Rights. However, it also explicitly withdraws from the Fundamental Charter on Human Rights. The Charter on Fundamental Rights, which came into force with the Lisbon Treaty in 2009, formed part of the legal basis of a recent court case that gave same sex spouses the same pension rights as mixed sex couples.

The Withdrawal Bill gives government ministers the right to change the law without a vote in parliament. The detail is even more worrying.

Sections 7, 8 and 9 of the Bill outline how delegated powers and “Henry VIII” powers can be used by ministers to change the law.  It arguably makes sense to have some of these powers; after Brexit, we can’t have laws that talk about rights to vote in EU elections. However, the powers go much, much further than this. Ministers will, for instance, have the power to either replace oversight bodies of the EU (for instance EURATOM) or to abolish them entirely.

When can these powers be used? The Bill says ministerial powers can be used to address “deficiencies” in EU law, and gives a list of circumstances (in Section 7 (2)), but crucially says that the legitimate uses of the powers are “not limited” to the list given. So it’s entirely unclear what the ultimate limits are.

And what scrutiny will there be over the use of these powers? If the government wants to do anything that creates a criminal offence or establishes a public authority, it will (in theory) have to seek a vote in parliament, although there will not be the usual scrutiny of the full parliamentary process. If it wants to do anything else, it will simply have the power to do it, with minimal opportunity for MPs to intervene.

It’s worse than that, though – because if a government minister deems the matter to be “urgent”, they will be able to opt out of the vote in parliament. With the clock ticking on Brexit, you can bet that there will be plenty of “urgent” ministerial actions. Crucially, there are no standards beyond a minister’s competence to define what “urgent” means, meaning that it will be very difficult to challenge the use of this power in the courts.

Finally, and most worryingly, Section 8 of the Bill gives ministers powers to change the law in order to comply with Britain’s international obligations – but gives no direct definition of which obligations. Without a clarification, it is theoretically possible that this will give ministers the power to change British law without a vote in parliament in order to bring us into line with newly negotiated trade deals.

Questions the government needs to answer:

If we can’t get these guarantees either from the government or through amendments, then our rights, freedoms and democracy are under threat.

Sam Fowles, Another Europe is Possible spokesperson and legal academic, said: “The contents of the Bill are, if anything, an even bigger threat to democracy than we initially thought. There are powers in this legislation that could give ministers the power to completely bypass parliament, not just on the transfer of laws but potentially on future trade deals. This is the most wide ranging power grab by an executive in Britain’s peacetime history.”

Nick Dearden, director of Global Justice Now, said: “EU law incorporates some of our most cherished protections and rights, as well as rules that, for instance, prevent our government from selling products that can be used in torture overseas. Giving Theresa May the powers of a renaissance monarch to translate these rights and protections into British law is terrifying, as it enables her government to change the way these laws work in fundamental ways, without parliamentary scrutiny. We need enhanced, not reduced, democratic oversight of this process. If parliament cannot achieve this scrutiny, we urge it to vote down the whole Great Repeal Bill.”

Read our report on what’s at stake in the Great Repeal Bill here. 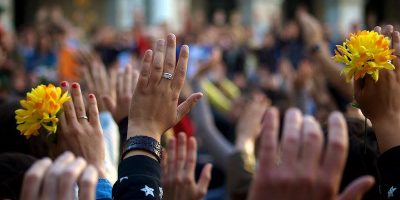 Report: what happened at conference?

Another Europe has a plan and has had a lively democratic conference - read about it here. Read more » 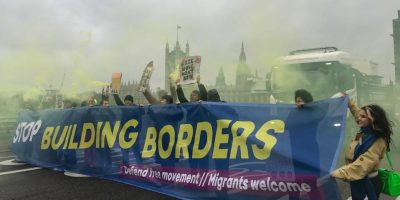 This is a vital moment - don't miss out on your opportunity to shape our strategy. Read more » 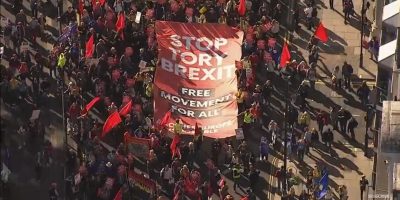 Our strategy, our democracy - open to amendment

You can have a democratic say in what we do and how we function - you just need to join and attend our conference on December 8th. Read more » 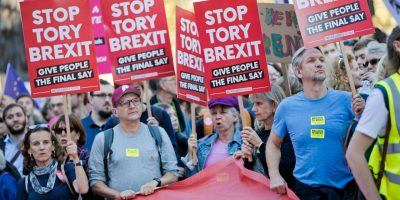 Theresa May has a deal - we need to defeat it