This year, Another Europe is urging its supporters in Labour to put forward two vital motions – on migrants’ rights and electoral reform.

Another Europe is Possible is a proudly cross-party organisation, bringing together members of many different progressive parties across the UK. However, we also recognise that shifting Labour’s policy on key issues is vital for the success of our objectives. In 2021, as in previous years, we’re encouraging our supporters in Labour to get stuck in and try to change the party’s policy for the better.

Labour conference this year will take place from Saturday 25th to Wednesday 29th September in Brighton. As per party rules, each constituency party can submit one motion for debate. This is one of the few opportunities that ordinary members have to shift policy, and it’s vital that we use it.

This year, there are two motions that Another Europe is prioritising and which we would encourage you to submit to your local CLP for debate:

The deadline for motions this year is 13th September at 12 noon, and while that might seem like a long way away, it actually isn’t in terms of Labour Party meetings (May and August won’t have meetings this year, and it can take more than a month for a motion to get through the whole process). In any case, there’s no harm in submitting a motion now – and you should!

What you need to do

There are 3 things you need to do to get our motions to conference:

1. Submit the text of one of the two motions in an email to the secretary of your local party (or to the email address which sends you notices of meetings). Paste the text into the email, rather than just sending a link, and make it clear you want to submit it as the CLP’s conference motion for this year. In some areas you can submit directly as an individual to the CLP secretary; in others, you’ll need to get it through your Ward party first – all will become clear when you email it in.

2. Attend the meeting where the motion is being discussed and speak for it.

3. Tell us what you’re doing. Have you submitted it? Has it passed? Has your party decided to debate it later? Whatever the latest news is, we want to know – please drop us an email at info@anothereurope.org

For solidarity and internationalism: towards a socialist immigration policy

Covid-19 has underlined how Hostile Environment policies hurt us all. Excluded from social and medical support, migrants have been left hyper-vulnerable to employers. Many EU citizens are falling through gaps in the Settled Status scheme.

The Stansted 15’s exoneration, appalling conditions at Napier Barracks, deaths in the Channel and closing of safe routes for child refugees highlight the cruelty of Tory migration policy. The Windrush Lessons Learned review has been ignored by the government.

Attacks on migrants are attacks on the labour movement. Making migrant workers precarious diminishes our power to unionise and fight back.

Conference resolves that Labour will work at all government levels, and campaign at the grassroots, to:

We are launching a major new campaign launched this summer. Read more » 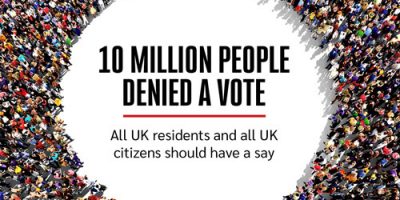 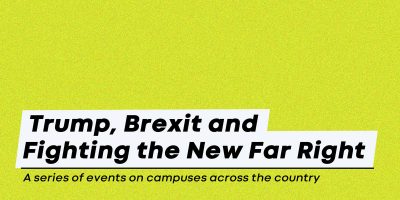