A statement from the National Committee of Another Europe: The left and the remains of the anti-Brexit movement must break their silence and mobilise against the Tories' Brexit agenda. 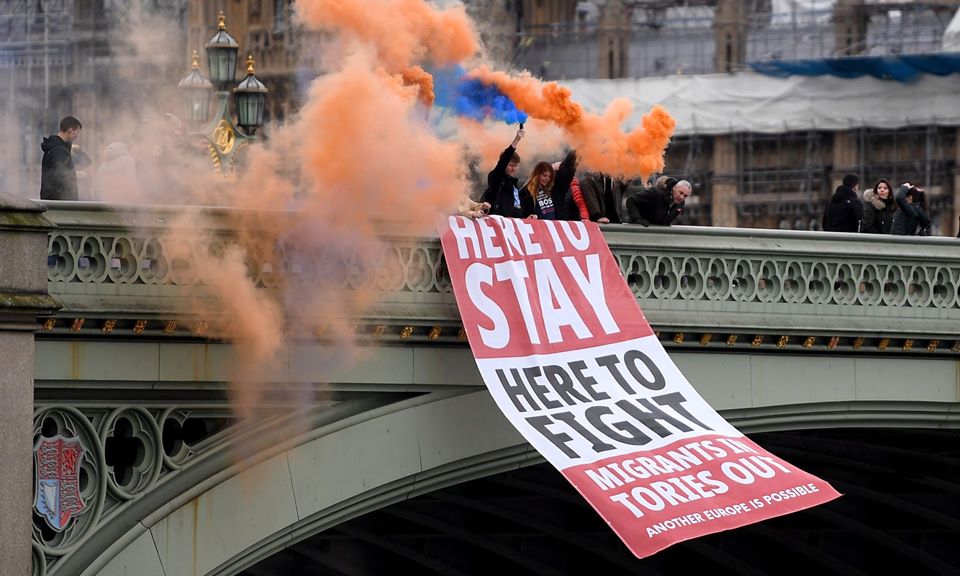 Boris Johnson has issued an ultimatum if no deal is reached by October 15th, he will walk away from Brexit talks and the UK will leave without a deal. It is simply impossible to know if the government intends to go through with No Deal, or if this a stunt which will allow them to claim some marginal concession before they sign an agreement.

A No Deal Brexit would be a calamity for workers, migrants, the environment, human rights and food standards – but so would Boris Johnson’s deal. Now is not the time to remain silent. The future of the UK, Europe and the planet itself depends on the ability of the left to mobilise an internationalist response to Trumpism, Brexit and the new nationalist right.

Another Europe is Possible is proud to have campaigned against Brexit and the politics it represents since the referendum of 2016. Now, everything we said about Brexit is coming true: it is a project aimed at building borders, blaming the vulnerable and deregulating the economy.

The Tory Brexit agenda is intended, with or without a deal, to bring about:

No Deal will sharpen these threats. The Tories won’t abolish state aid rules to enact some progressive agenda. Their reasons are very different: to engage in crony capitalism and hand tax breaks to big companies.

We call on everyone on the left to mobilise against the government’s Brexit agenda – regardless of how you voted in 2016. Those who fought against the Brexit project in recent years must also now wake up and break their silence.

Another Europe, supported by allies across progressive political parties, trade unions and civil society, has put forward our demands on the Brexit process: The Alternative Mandate. We know that it is unlikely that we will be successful in winning many of these in the next few years, but it is vital that we make noise about what the government is doing, fight it for every inch of our rights, and keep alive a progressive alternative that can be realised in the future.

This autumn, we will be mobilising a new campaign, to bring the left and the remains of the anti-Brexit movement back to life – to fight against a US trade deal and for the rights of migrants and workers, where we could yet push the government back.

Stay tuned for an announcement in the next week. And if you have not already done so, please join us for as little as £1 per month. We have no big funders, and we cannot rise to the task ahead of us without resources and an active membership which guides our strategy.